The Health Dangers of Firefighting Foam 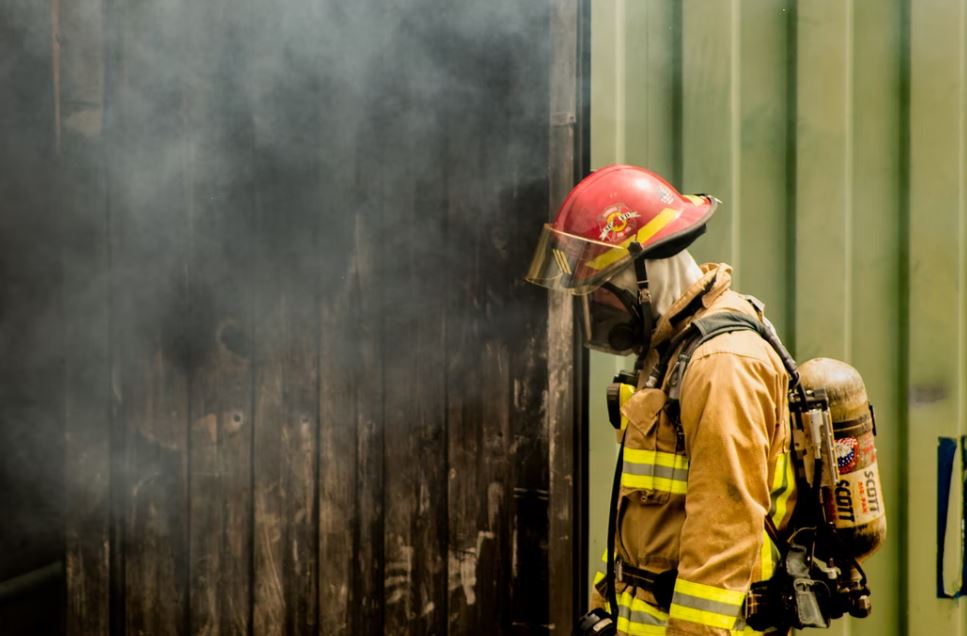 Did you know that firefighting foam has been found to cause cancer? Well, the suppressant foam has artificial chemicals known as PFOs and PFOA in a concentrate known as Aqueous Film-forming Foams (AFFF). Firefighting departments have been using AFFF in the early 1970s to extinguish fires caused by flammable liquids and jet fuel. The problem is that these chemicals do not degrade over time, posing a risk to the environment. The fluorinated types contain per- and polyfluoroalkyl substances which take hundreds of years to break down. In other words, AFFF does pose dilapidating health conditions to anyone who comes into contact with them for long. Let’s delve in deeper and tell you more about the health dangers of firefighting foam.

Composition and working of firefighting foams

For starters, AFFF contains two main ingredients, namely perfluoroalkyl and polyfluoroalkyl substances. These PFAs are subdivided into two other compounds known as perfluorooctane and perfluorooctanesulfonic acid. Firefighting foams work by coating the fire with an aqueous film that suffocates the fire and suppresses the flammable liquid vapor. The foam has proven to be highly effective in extinguishing class B fires and preventing the flames from reigniting. Various applications of AFFF include fire departments, chemical plants, flammable liquid storage facilities, airports, bulk fuel storage facilities, and military bases.

Even though firefighting foam effectively extinguishes fires, they are known to pose significant health risks to people who handle it regularly. Common examples of adverse health effects caused by AFFF include thyroid disease, liver damage, cancer, cardiovascular diseases, and immune disorders. As mentioned earlier, firefighting foams contain chemicals that take a long time to disintegrate. Once the toxin enters the body through ingestion, inhalation, or absorption through the skin, it becomes challenging to eliminate. Firefighting foam has also been linked to reproductive complications such as infertility, preeclampsia, and child developmental issues.

Firefighters and anyone else who handles AFFF regularly are at a high risk of developing cancer due to long-term exposure. Research has discovered that the PFAs in firefighting foams behave similarly to other carcinogens. These toxic forever chemicals weaken the immune system, affect communication between body cells, induce inflammation and accelerate cell proliferation. Examples of cancers caused by firefighting foams include leukemia, liver cancer, pancreatic cancer, balder cancer, prostate cancer, etc.

Steps to reduce the dangers associated with firefighting foams

The US Environmental Protection Agency, together with numerous fire departments, has decided to discontinue the use of firefighting foams containing PFAs to safeguard the health of their workers. The Department of Defense has also taken steps to identify and clean up any areas contaminated with toxic chemicals from AFFF. These areas were used for training exercises before the firefighters joined the field. In 2018, the FAA Reauthorization Act released a notice to all airports authorizing them to discontinue the use of PFAs before the end of October 2021.

Any individual who has developed cancer due to prolonged exposure to the toxic chemicals in AFFF is encouraged to hire an AFFF lawsuit attorney to help them fight for their rights and receive compensation. A top law firm will investigate your claim and work closely with local counsel while following all the ethical rules. Shareholders are also filing lawsuits against manufacturers who produce and distribute this toxic foam to the market. Fortunately, the Navy is currently working on an alternative foam that does not contain any PFAs or PFOs and will dispose of the toxic AFFF in operation.

Now that it has been discovered that firefighting foams are harmful to our health and environment, it would be best to seek an alternative. Fortunately, modern technology is moving closer to developing a solution equally as effective as AFFF without the dilapidating side effects of the forever chemicals. An excellent alternative to AFFF is fluorine-free firefighting foam, also known as F3, which combines low environmental impact with excellent performance. We also suggest using dry chemical alternatives such as PLUS-Fifty and Ansul’s Purple-K to combat class A, B, and C fires. Another alternative would be C6 foam concentrates, which use a more advanced formulation than AFFF, which is less harmful to the human body and the environment.

Firefighting foam is used to extinguish a wide range of fires, such as liquid fires and those caused by gasoline. This foam also breaks down the surface tension of the water and creates a strong barrier that will prevent residual sparks from reigniting the flame. However, the risks of using firefighting foam outweigh the benefits with many firefighters having developed cancer attributed to the suppressants. If you have been affected, then seek help from an attorney to file an AFF class-action lawsuit seeking compensation for pain and suffering.