Why Do Smallpox Vaccines Scar? 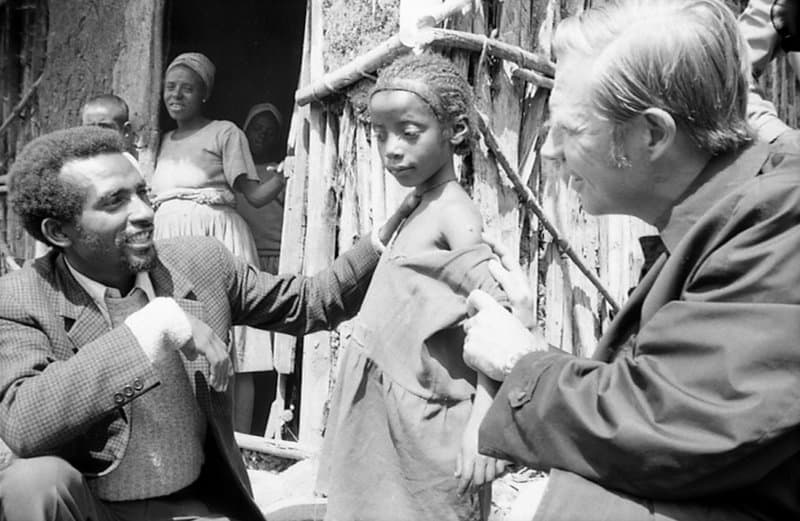 The hard work of medical researchers and scientists have helped humanity triumph over many diseases. Medical technology has allowed researchers to develop better tests for neurological disorders and develop better aides for mobility. One of the fiercest viruses curbed and tamed by the advances of healthcare was smallpox. Today, the virus has been declared eradicated since 1980, a memory of the past instead of the rampant disease it used to be. One of the few relics of this virus are scars of the smallpox vaccine.

But what was smallpox? How is smallpox transmitted? How is it different from chickenpox? What was it like before the development of its vaccine? And why does the smallpox vaccine leave scars? 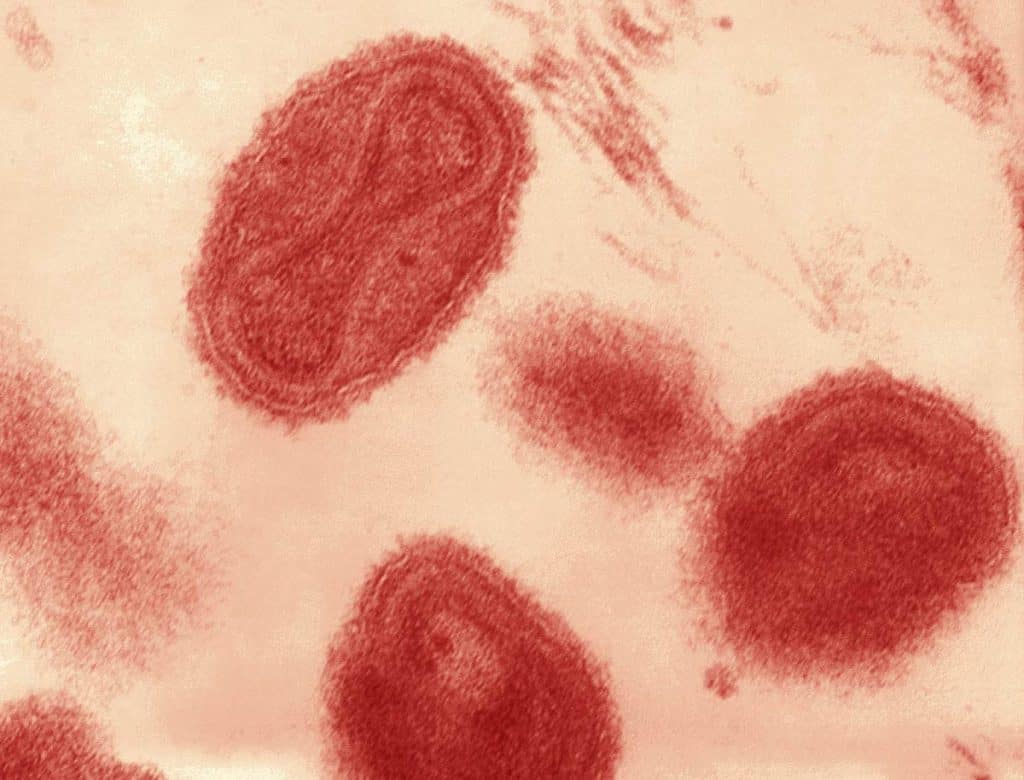 Smallpox is a disease that has been linked with human civilization for thousands of years. The virus itself belongs to the variola family of viruses. Smallpox incubates between one to two weeks, and its early symptoms are fatigue and a high fever.

A key indicator of smallpox is its distinctive rash, which occurs predominantly on the face and limbs. These rash fill up with a clear fluid which is highly contagious and later fester with pus. This pus forms a crust which will dry up and slough off. The fatality rate of smallpox was estimated to be at 30 percent.

How Was Smallpox Transmitted?

Smallpox’s transmission method is via person-to-person exposure, specifically through contact with aerosolized droplets from the breath of an infected person. Prior to the establishment of modern medical knowledge and the resultant smallpox vaccine, smallpox was one of the most common and deadly diseases in the world, killing millions through the ages.

The History of Smallpox 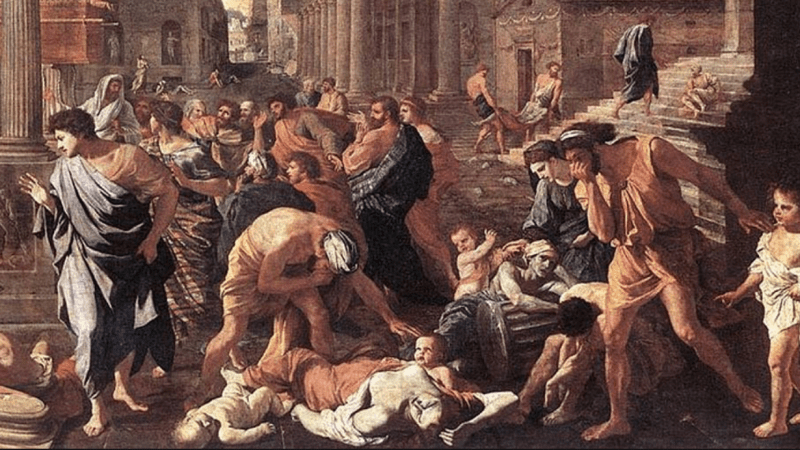 Thanks to how easily smallpox is transmitted, and the lack of proper health protocols such as isolation gowns, the virus ravaged the mighty empire. Known as the Antonine Plague, it would claim as many as 2,000 lives per day for decades. Smallpox transmitted throughout the whole breadth of Europe and into Rome itself. It even managed to kill Emperor Marcus Aurelius himself and was a major cause of the eventual decline of the Roman Empire.

The disease eventually crossed the Atlantic to ravage the New World in the Age of Exploration. Brought by Spanish and Portuguese sailors in search of gold and resources, the disease would prove deadlier in the Americas. Since the virus was novel to the area, it had a much higher fatality rate and was responsible for an informal culling of the indigenous populations of both North and South America. 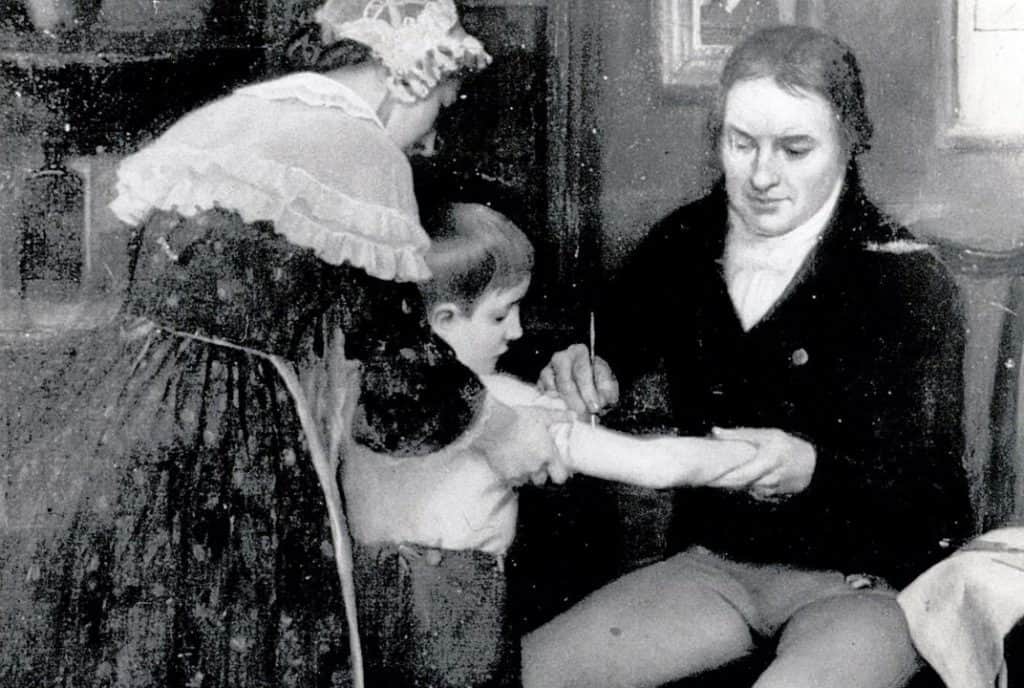 The seeds of the smallpox vaccine were sown by Edward Jenner, an English doctor, in 1796. He discovered that milkmaids exposed to cowpox, a milder variola virus found in bovines, were incredibly resilient to the effects of smallpox. He experimented by injecting a young boy with pus from a cowpox-infected milkmaid and intentionally exposing the boy to smallpox. Jenner had successfully created the world’s first vaccine. 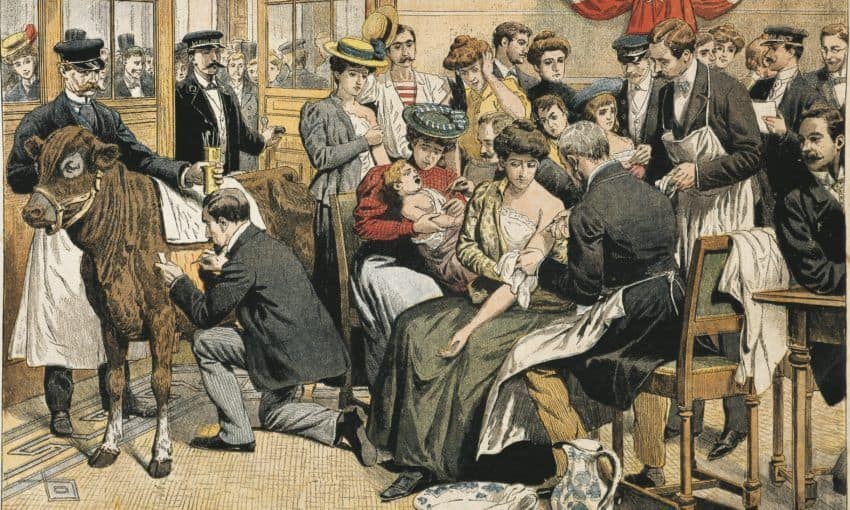 Over the next few years, Jenner would push for his vaccine to be used by multiple countries. Ironically, his home country of England would fall behind in seizing this opportunity to inoculate their populations. He would famously conduct large-scale inoculations in France. In decades, several European countries would make it mandatory for their citizens to receiver smallpox vaccines, greatly curbing the deadliness of the virus.

It wasn’t until over 160 years later that medical technology had advanced sufficiently to destroy the virus once and for all. Thanks to a massive and coordinated effort by the countries of the world and the World Health Organizations, smallpox was declared wiped out from the world at large in 1980.

Barring a few samples in very secure laboratories, the virus no longer occurs naturally. It was a landmark moment that signaled a triumph of human ingenuity and cooperation.

Smallpox vaccines still exist, and they leave behind one relic of the disease: a small puckered scar. But why does a smallpox vaccine scar?

Why Do Smallpox Vaccines Scar? 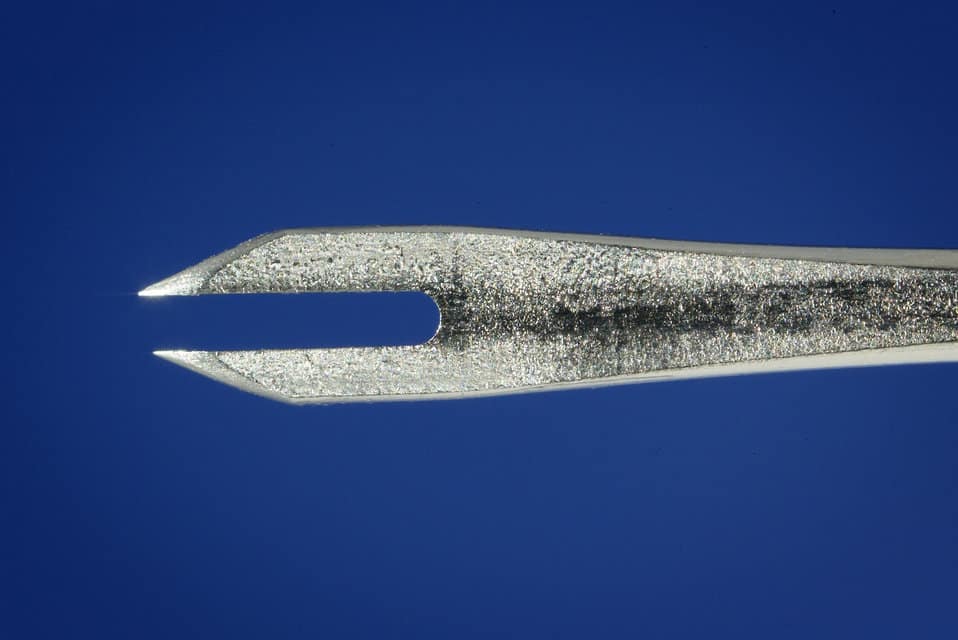 The key to why the smallpox vaccine leaves a scar is due to the unique method of inoculation. Most vaccines require a single shot using one needle to directly inject the vaccine into the musculature. Smallpox vaccine uses a special bifurcated needle that a technician will use to repeatedly puncture the skin. This is done to deliver the vaccine, actually a modified form of the virus, into the layer underneath the skin known as the dermis. The virus will then multiple in the dermis forming a small, blister full of liquid known as a papule. The papule will dry out after some time and form a scab.

Since the scab is technically an injury, the skin will have to heal it. However, the fibers forming the skin will heal in only one direction, forming a noticeable mark known as a smallpox vaccine scar. The skin within the vaccine’s mark is lower than the surrounding area and is distinctive because of its smoothness. This mark is a small depression, no bigger than the tip of a pencil’s eraser, usually located on the upper arm. During the initial surge to eradicate smallpox, medical workers would look for this mark to identify those already vaccinated and no longer posed risks to transmit smallpox.

Smallpox vaccines scars aren’t common anymore because the last major inoculations were done decades ago. It’s more noticeable in people who lived through that time who are usually more than 40 years old. However, aside from the smallpox vaccine, there is another inoculant that produces a similar looking scar. The Bacille Calmette-Guerin is a type of vaccine made to counter tuberculosis, yet another deadly disease that used to decimate populations. This vaccine also leaves a similar scar on the upper arm is less rare than a smallpox vaccine scar.

What’s the Difference Between Smallpox and Chickenpox? 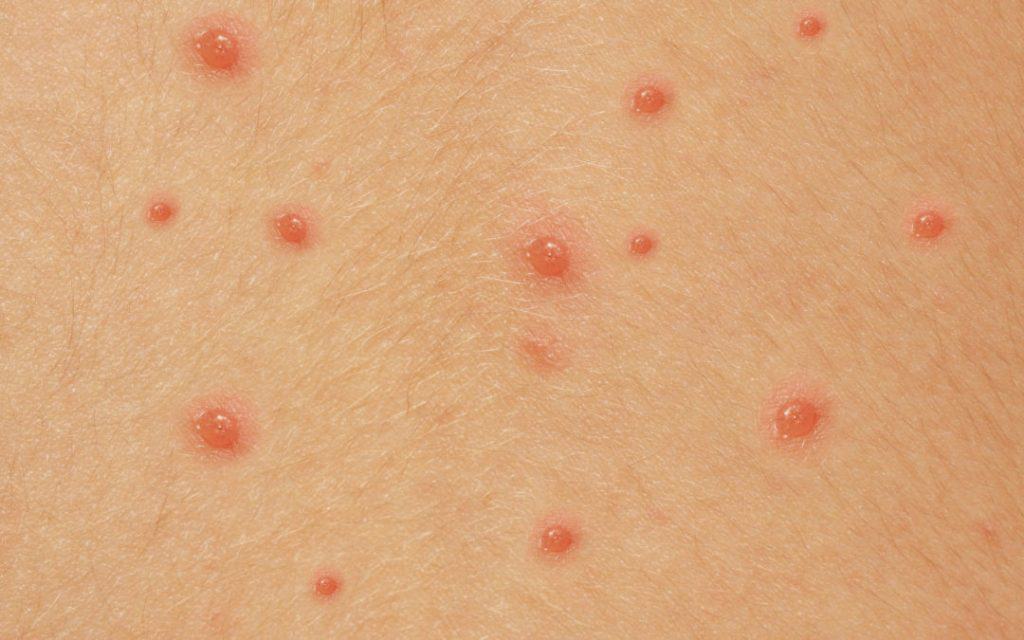 The word “pox” connects chickenpox and smallpox, but what does it even mean?

The word is an archaic one and is mostly used to describe diseases that cause sores and pustules, which both of the aforementioned diseases inflict on the infected. However, it’s also used to refer to syphilis, especially in antiquated writings.

There are a few key differences between these two poxes.

The triumph of medical science, international cooperation and human strength over a virus that once depopulated whole countries is one of the greatest moments in history. Given the emergence of new contagions and the probability of future pandemics, understanding the history of smallpox and why does the smallpox vaccine scar is necessary to better prepare people for what could be lying in wait.