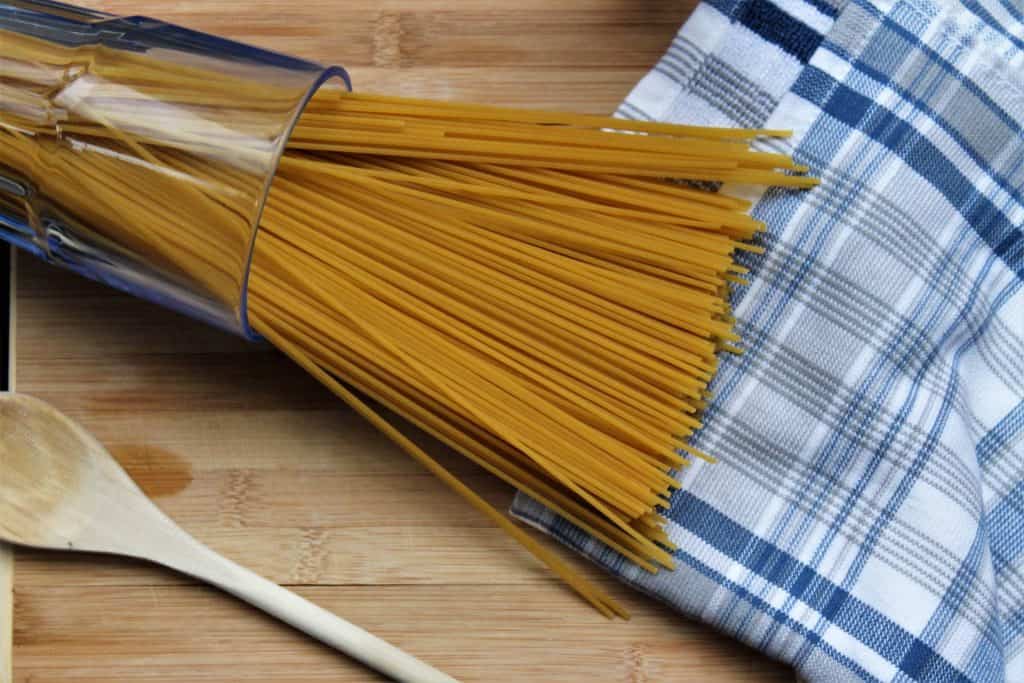 For people going through a Keto diet, carbs are the enemy. Well, technically, the sugar that carbs create is the enemy, but that’s a different story. Unfortunate, really, considering some of the best foods in the world are carbs: rice, potatoes, and of course, pasta.

When I went on a keto diet, I lost 50 lbs in the span of 10 months. I felt lighter, ate healthier (I focused on ‘clean’ fats and healthy, leafy greens), and generally felt better about myself, knowing I’ve taken up a healthy lifestyle. But at what cost? For 10 months, I couldn’t gorge myself on pasta, no matter how much I wanted to.

Now that I’m out on the other side of keto, I’ve started slowly transitioning carbs back into my diet, and while I’m technically ‘allowed’ to eat pasta now, I still try to balance it by having low-carb ‘pasta noodles’ as a way to ease it back into my diet. Of course, these low-carb pasta noodles are perfect for those with Celiac disease and thus can’t process gluten (there is NO SUCH THING AS A GLUTEN ALLERGY unless you have Celiac disease), and they’re perfect for those who are on low-carb diets for health.

Remember: when it comes to losing weight and getting healthier, there is no magic bullet, no miracle diets, no quick exercises. The only healthy way to lose weight and gain muscle is proper diet and exercise (although certain things like low-carb diets and essential oils can help your workouts naturally).

Some pasta alternatives are great in that they taste almost exactly like the ‘real’ thing, and the rest, well…let’s just say it’s good enough for when you’re desperate. I’ve arranged these low-carb pasta noodle alternatives from best to worst.

Perhaps THE best alternative to wheat pasta, spaghetti squash gets its name for the way its flesh separates into long strings when cooked. Despite being a starchy vegetable, spaghetti squash only contains around 6.5 grams of carbs per 100 grams, which means that a single serving of this can fit well into a low-carb, 20 grams of carbs per day diet. It only contains 20% of the carbs of regular pasta, but it is very rich in vitamin B complex, vitamin A, vitamin C, vitamin E, and vitamin K.

To prep spaghetti squash, slice it in half then prick the entire surface of the flesh with a fork, then bake flesh-side up for 30-45 minutes at around 350F. Once done, separate the flesh using two forks into long, thin strands. The texture of spaghetti squash is surprisingly similar to wheat pasta, albeit slightly softer and more tender and with a slightly sweeter and starchier taste.

Known alternatively as Konjac noodles or miracle noodles, shirataki noodles are a popular, low-carb alternative to both pasta and rice. It’s called ‘miracle’ because of how closely it resembles real wheat and grains, thanks to its unique cellular structure that contains a fiber called glucomann, which is produced solely by the Konjac plant, not to mention the fact that it has almost zero carbohydrates. 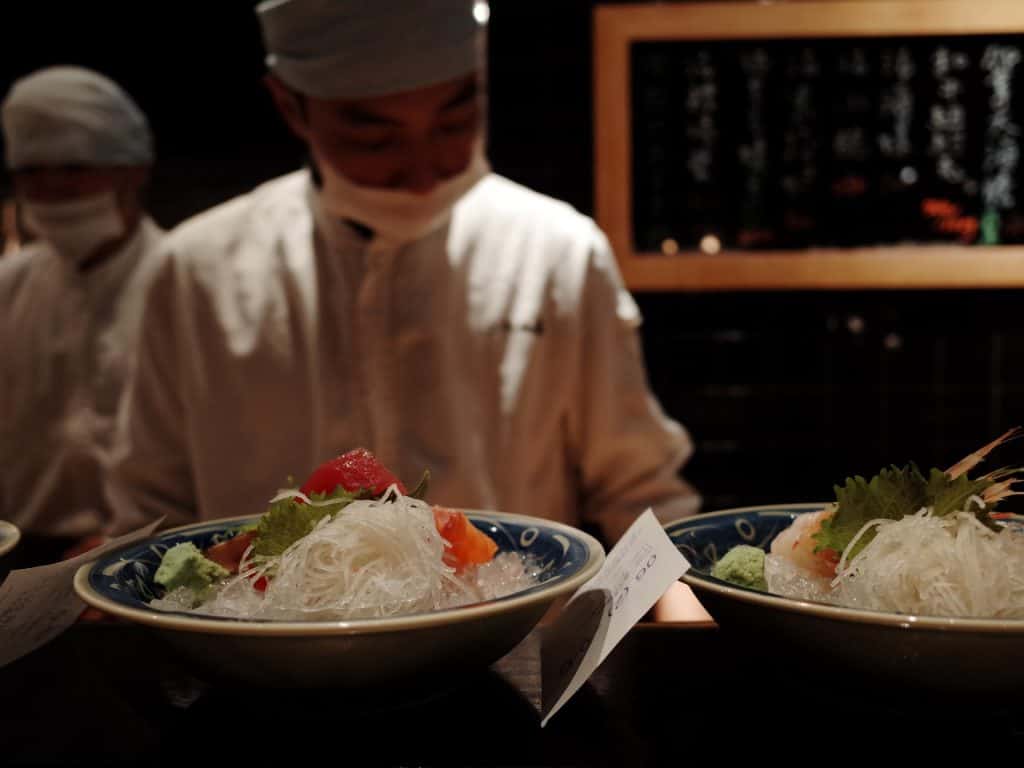 It’s one of the top 5 superfoods people love to have because it’s easy to source, easy to digest, easy to eat, and it almost tastes like the real thing.

When you eat shirataki noodles, the glucomann turns into a viscuous gel in your stomach, absorbing water and making you feel fuller for longer. As a soluble fiber, glucomann slows down digestion and provides your intestinal flora something to feed on, which allows them to produce a compound called short-chain fatty acids, or SCFAs. SCFAs are crucial in a number of bodily functions such as boosting your immune system and lowering inflammation.

Preparing shirataki noodles is a bit of work: the Konjac plant has a very, very pungent smell, so you’ll have to rinse and boil the shirataki noodles once you take it out of the package. Once you’ve driven off the excess liquid, you’ll have to dry it out by pan-frying it briefly. As soon as the excess moisture is gone, you can then use it as you would regular rice or pasta. The texture is surprisingly similar to wheat pasta, although the taste is blander, so you’ll need a flavorful sauce.

Commonly used in low-carb versions of lasagna, eggplants or aubergines are great alternatives to sheet pasta because of their texture and taste. A single 100 gram serving of eggplant contains about 9 grams of carbs each, roughly 3.5 times lower than regular wheat pasta. 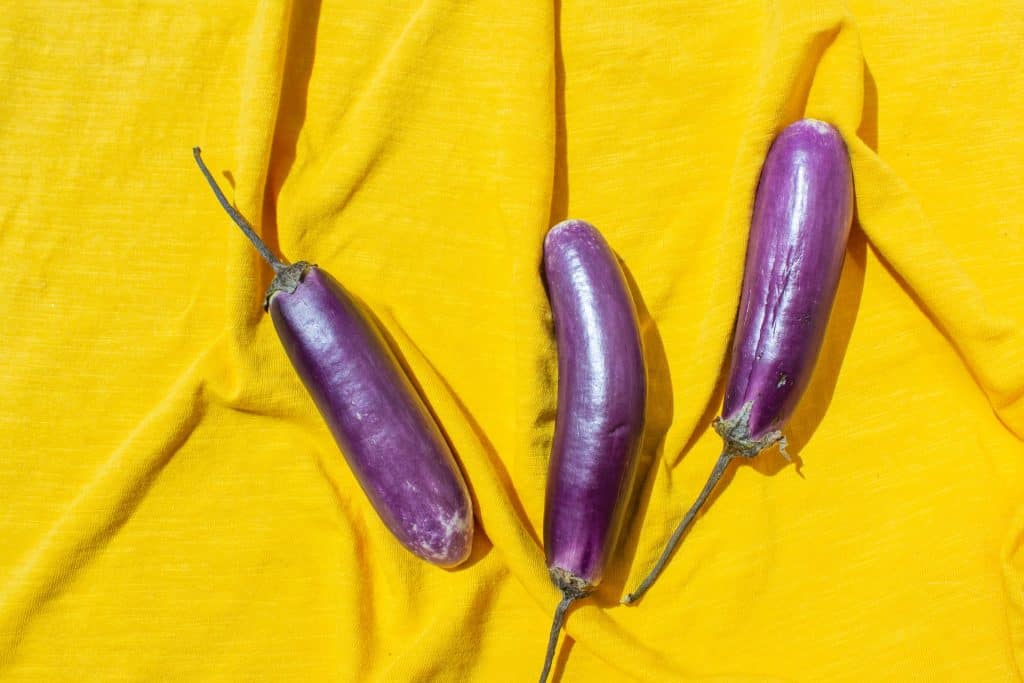 As a vegetable, eggplant lasagna is a great source of fiber and vitamin K, thiamine, and manganese. To prepare eggplants for lasagna, simply slice the vegetable into long, thin, and wide slices, brush with olive oil, then roast until they soften and turn golden. Once they’re cooked, layer the eggplant slices as you would with lasagna sheets. Alternatively, you could also forego the roasting and use them raw, cooking it as you bake the lasagna.

The texture of eggplant lasagna feels like slightly mushy pasta, although in a pleasant way. Eggplants absorb most of the flavors of the sauce, but in itself can taste rich and creamy.

Spiralized vegetables are exactly what their name suggests: they’re any low-carb vegetable that’s been put through a spiralizer to create long, thin strands of noodle. Zucchini and cucumbers are usually used for this method because they contain the least amount of carbs and natural sugars, although carrots, beets, and turnips can also be used.

Depending on the vegetable, spiralized vegetables have around 5 to 10 times less carbs than wheat pasta and are chock-full of vitamins and minerals, making it good for you and your gut: eating a large amount of vegetables is a natural probiotic supplement that ensures you get your fiber while keeping your intestinal flora active and healthy.. To prepare spiralized noodles, simply run your vegetable through a spiralizer and cut them down to size. Spiralized vegetable noodles can be eaten raw or cooked, although if you are to cook them, a simple blanching is enough, as anything too long can turn them mushy. 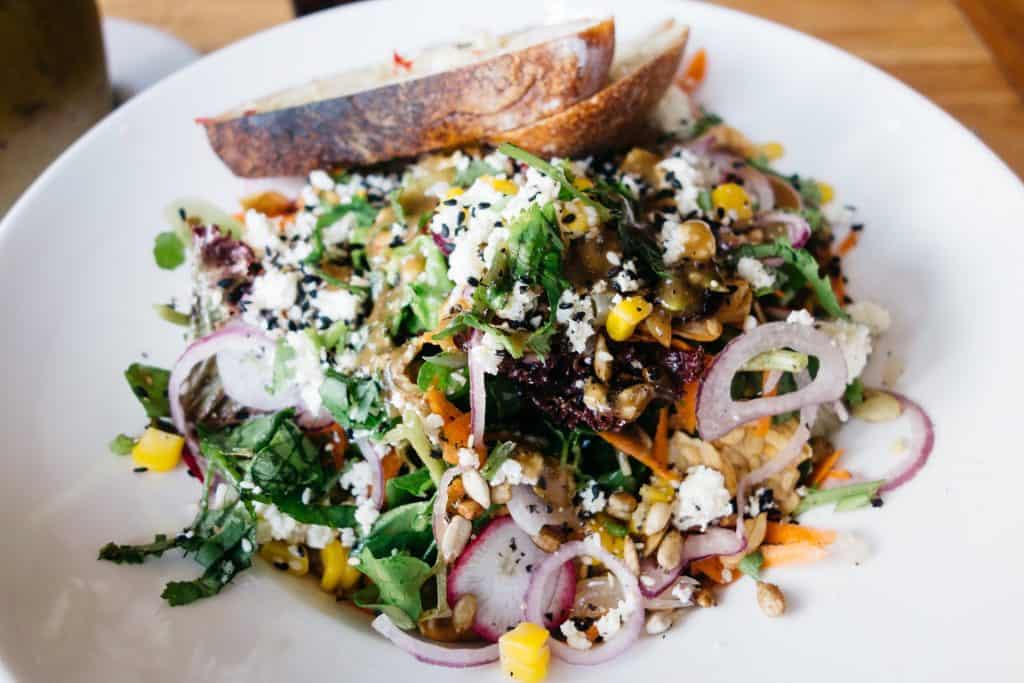 The taste and texture of spiralized vegetables is, to be honest, not close to actual pasta. They’re crunchier and  less flexible as regular wheat noodles, and they taste very much like the vegetable they’re made of. Still, they’re full of nutrients and they’re a great alternative if you’re desperate for your pasta fix.

These are some low carb pasta and noodle alternatives you can try if you want to lose weight and eat healthier. I know, you’ll say they’re not the same thing. But they’re closest as they can get to giving you your pasta fix.