Ibuprofen: Is It More Effective Than Other Painkillers? 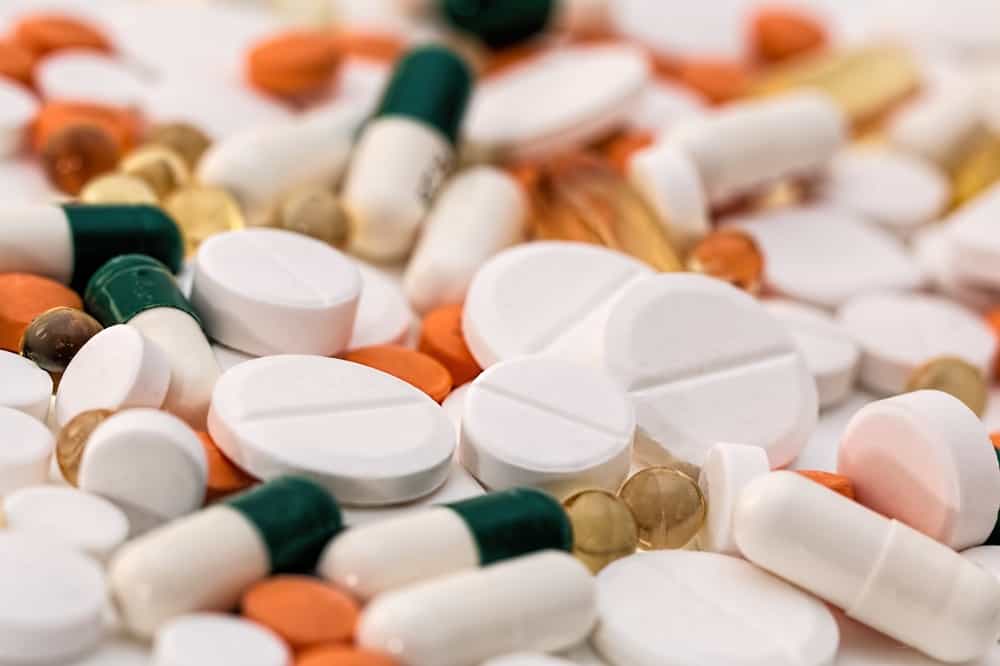 Thanks to modern medicine, it’s easy to solve minor body problems which, years ago, could worsen into more severe body conditions. While some medicines require prescriptions, plenty of medicines, like ibuprofen, are over-the-counter. This means the pharmacist dispensing the drug does not need to see a doctor’s prescription before you can buy your medicine, as the medicines are relatively safe and used for minor conditions such as coughs, fevers, or body pain.

One of the most common over-the-counter medicine is ibuprofen.

Ibuprofen is an effective painkiller that kicks in a short while after drinking it. It’s available generic or branded, with many brand names sold around the world. In the United States, it’s known as Advil, Addaprin, Bufen, Midol, and many more, while other branded names exist outside the United States.

Since pharmaceutical companies are basically selling the same drug, they have to market their ibuprofen in various ways to make their version the go-to painkiller for the public. Don’t be misled by advertisers who imply that their ibuprofen is faster than regular painkillers because, chances are, most drugs work the same way and take effect at roughly the same time.

In this article, we discuss ibuprofen and its effects on people who use it. From how long it takes for ibuprofen to kick in, to how long its effects last, to why it may not be an effective painkiller for all body pains. Like all medicines, be sure to read the label provided by the manufacturers about the dosage one should take and the time you need to wait before taking another dosage.

Ibuprofen is a painkiller for mild to moderate body pain. It also deals with inflammation from the body. Adults usually take it as a tablet, capsule, liquid-filled capsules that are swallowed, while children can drink it as a syrup. Aside from oral medication, it can be a topical mousse or spray that can be rubbed into the skin.

Ibuprofen does not cure the source of pain. If you’re experiencing dysmenorrhea, it won’t stop you from menstruating. Or, if you’re experiencing back pain, it won’t correct your posture or stop the part of your back from hurting. You feel pain because your brain is letting you know that something irregular is happening in your body. The drug dulls the sense of pain your brain creates, but it does not solve the actual problem that is causing the pain.

How Pain and Inflammation Works

Let’s say that you have a bacterial infection, so your doctor gives you antibiotics to treat it. But during the healing process, the pain is so severe that you cannot concentrate on your everyday tasks, to the point that you are constantly in pain. To assist with the healing process, your doctor may also provide you with ibuprofen. This doesn’t tackle the cause itself, but the way the brain handles pain.

How the Brain Senses Pain

Your body comprises of tissues, which have nerves in them. When you step on a nail, for example, the nail pierces your skin, damaging your tissue and triggering the pain receptors in the area. Once activated, in the span of a split-second, these nerves send signals to the spinal cord, which forwards the signals to the brain.

The brain sends the signals to the thalamus, which determines what your physical, emotional, and cognitive reaction should be towards the foreign object causing pain, and it releases prostaglandins, a substance used for the body to respond to pain. From there, your involuntary response takes over. You feel sharp pain, you might yell, and your body instinctively goes back. Even if you’re not aware that there is a nail, the brain tells your body how to react, and your body can instinctively pull back even before you realize you were hurt.

This applies to pain that happens quickly. But what about pain that is recurring and much longer than a split-second reaction? This becomes inflammation.

Inflammation as a Body Reaction

When your skin is pricked by a needle, aside from the brain causing pain to let you know something is wrong, your white blood cells also start working to protect you from viruses and bacteria that could enter and infect your body. Once your cells detect that there is a puncture in your skin, your body in that area adjusts so that it can start blocking off that hole. Two things usually happen: one, the proteins in your blood called fibrins, as well as the platelets, sticks to the hole and coagulates, closing up the hole. This is known as blood clotting, and it is why you aren’t supposed to peel off scabs as these protect your inner tissue from outside factors.

The second thing that can happen during inflammation is that the part of your body starts to swell, redden, and become hotter. This is an effect of inflammation wherein the body slightly heats up the injured part of the body to kill any bacteria or viruses that have entered. The white blood cells are also at work, killing any foreign objects that may have entered.

But what if you don’t have an injury that could have caused inflammation, but your body exhibits signs of inflammation anyway? This effect is called an autoimmune disease, where the body’s immune system reacts to its own tissues. This may be a sign that something is wrong with your body internally (e.g. if you feel sudden pain without reason), or this may be a case of misplaced inflammation.

How Ibuprofen Takes Away Pain

Ibuprofen is a non-steroidal anti-inflammatory drug (NSAID), which deals with pain, fever, and inflammation. As mentioned earlier, when your brain triggers pain, it releases prostaglandins to cause pain, swelling, inflammation and fever. To prevent inflammation or the feeling pain, ibuprofen blocks your body from producing prostaglandins. Depending on your body’s ability to produce enough the substance, if ibuprofen works successfully, you either feel a duller pain in your body, or none at all. 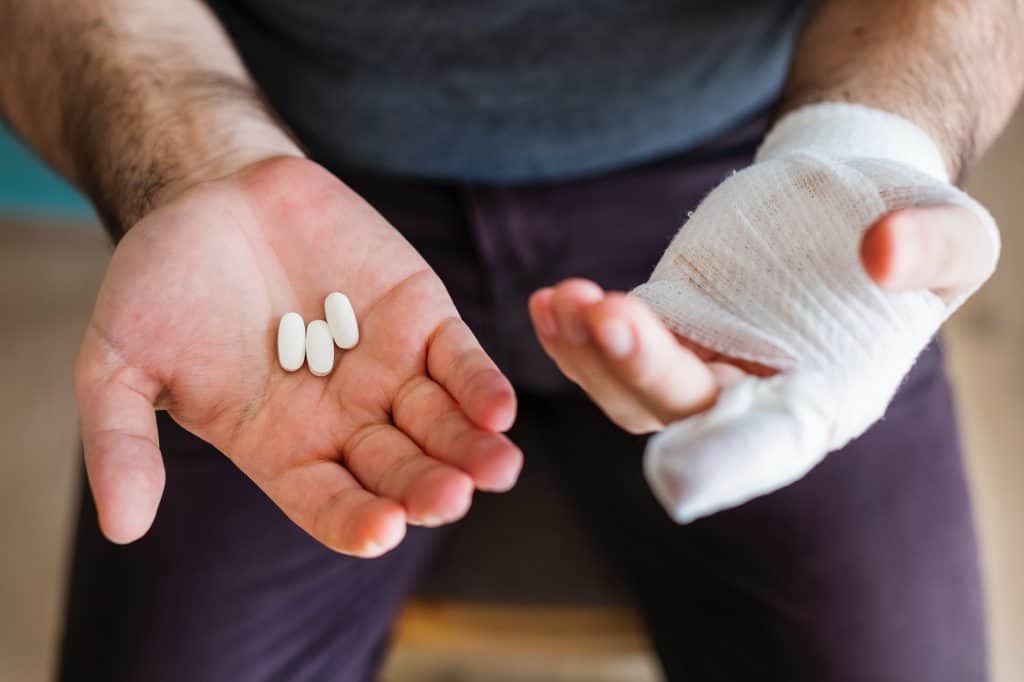 How Long Does It Take Ibuprofen to Work?

Answering this question really depends on several factors, such as the user’s body composition, age, and the severity of the pain. Taken orally, ibuprofen should work around 20 to 30 minutes, so don’t be fooled by advertisers that claim their brand is fast-acting compared to others since most ibuprofen products like Advil have the same waiting time before kicking in.

For topical ibuprofen, it may take a day to work after rubbing it on your skin. If your pain is only mild to moderate, the medicine may block pain stimulants until your next dosage. Unless your doctor recommends otherwise, you’re supposed to take ibuprofen every 4 to 6 hours along with a glass of water – this dosage may be much less if you’re giving it to children. Make sure your stomach isn’t empty when taking ibuprofen.

The dosage and effects of the drug depend on your medical condition and the type of pain you’re trying to block. When it comes to children, the dosage depends on their weight, as too much ibuprofen in their bodies can lead to overdose symptoms. If, after 10 days, assuming your doctor wasn’t the one who instructed you to take ibuprofen for longer, then that pain may be a sign of something serious than just minor body pain and you may need to get checked by a doctor.

How Long Does Ibuprofen Last?

The effects of ibuprofen normally last about 3 to 6 hours. However, it can take a day for it to completely be flushed out of your system even though you can no longer feel its effects.

Effects of Taking Too Much Ibuprofen

Taking large amounts of ibuprofen over a small period of time can lead to the following side effects:

How Much Ibuprofen Can I Take?

Generally, a healthy adult can take 200 milligrams per dose or 800 mg per day, but shouldn’t take more than 800 mg in a day. Note that this may change according to a doctor’s prescription. Pregnant women shouldn’t take ibuprofen unless a doctor prescribes it.

A licensed medical professional can accurately recommend the amount of ibuprofen you can take based on your weight, height, age and medical history. If it’s your first time taking the medicine, then talking to your doctor can also ensure that you’re not allergic to the medicine.

Overdosing on ibuprofen can damage your intestines and stomach so you should consult your doctor before taking any amount. If you’re taking the medicine, then do it after a meal and never on an empty stomach.

While ibuprofen is an over-the-counter medicine and is relatively safe when taken, taking too much or taking the medicine when your body can’t take it may lead to serious side effects. If you are allergic to ibuprofen, select other painkillers such as aspirin and paracetamol. People who shouldn’t or should be careful about taking ibuprofen include:

Pregnant women and people with heart and blood pressure conditions have thinner blood. By taking NSAIDs, they risk countering the effects of their medication or worsening their condition. If you experience pain, you may need to see a doctor to take medicines that are safe.

Aside from ibuprofen, there are other painkillers available. Aspirin is another popular painkiller, but instead of targeting the substance that triggers pain, it enters the bloodstream and targets the areas where pain should occur. It’s more effective towards headaches, body pains, and inflammation when a part of the body is sore. However, it is less safe for hemophiliacs and people with ulcers and other upper digestive conditions.

Ibuprofen is one of the most common and most helpful over-the-counter medicines on the market. However, you still need to be cautious about the amount you consume or if it is actually safe for your body. If you feel ibuprofen may help relieve your pain but you aren’t sure if it’s right for you, visit your doctor today.