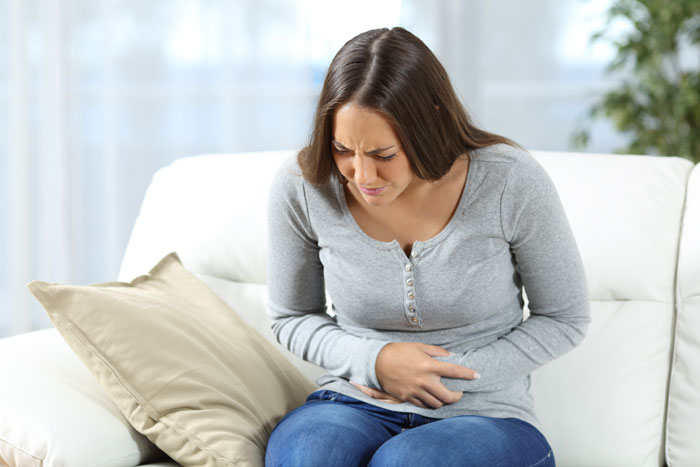 As taboo as digestive disorders might be, they are relatively common amongst both children and adult populations across the world. Gastrointestinal conditions affect millions of people across the world and range in severity.

Moderate to severe digestive symptoms can significantly decrease a person’s quality of life and make mealtimes very stressful. Whether it’s stomach burning after eating, abdominal cramps, or trouble going to the toilet, there is a range of symptoms that indicate digestive dysfunction.

If you are experiencing severe digestive discomfort, it’s important to seek professional help from a doctor or dietitian. Your symptoms may be the result of an underlying autoimmune or gut health problem that needs to be addressed.

Some digestive issues are more common than others. In this article, we’re going to cover the most prevalent gastrointestinal disorders affecting the global population.

Commonly known as acid reflux, gastroesophageal reflux disease (GERD) is a condition that affects the lower oesophageal sphincter. This muscle opens and closes as food enters the stomach.

In GERD, some of the stomach acid escapes as the lower oesophageal sphincter opens to allow food into the stomach. This results in heartburn and acid reflux.

Everybody experiences heartburn every once in a while, especially when you consume spicy foods or carbonated drinks. However, if you are getting acid reflux after every meal or several times a week, it could be a sign of GERD.

This condition is commonly treated with dietary changes and over-the-counter medications to reduce inflammation in the upper digestive tract.

Most people with coeliac disease don’t even know that they have the condition and are misdiagnosed with something else. It describes a serious sensitivity to a protein called gluten, which is commonly found in grains like wheat, rye, and barley.

When somebody with coeliac disease consumes gluten-containing foods, it triggers an autoimmune response that results in inflammation. This can reduce the absorption of nutrients in the digestive tract and causes digestive discomfort.

Alongside ulcerative colitis, Crohn’s disease is part of a group of digestive disorders called inflammatory bowel disease (IBD). It most commonly impacts the end of the small intestines known as the ileum but can affect other areas of the digestive tract.

The exact cause of Crohn’s is unknown. However, it is thought to be genetic as individuals are more likely to suffer from the condition if one of their relatives does.

Symptoms of Crohn’s include abdominal cramps, bloating, weight loss, and rectal bleeding. It isn’t curable but can be treated with pain killers and immunosuppressant drugs.

Dietary changes can also help to reduce digestive discomfort in those with IBD. Common trigger foods to be avoided include caffeine, alcohol, carbonated drinks, raw fruits and vegetables, spicy dishes, and foods that are high in saturated fat.