The Banana Spider Myth: What’s Real and What’s Not 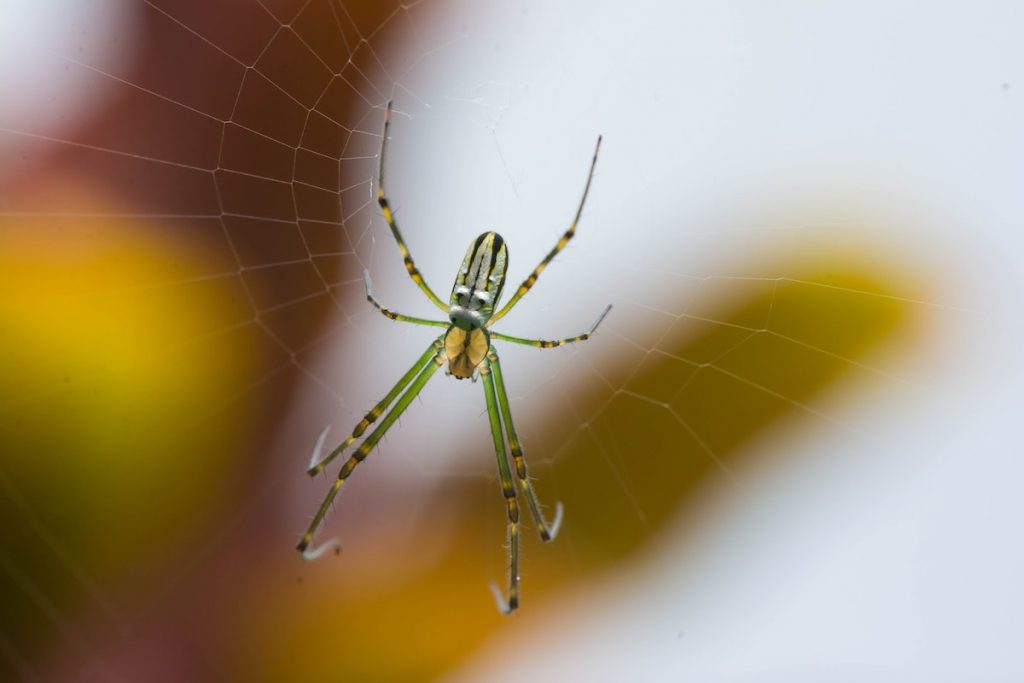 How do you feel about spiders?

Odds are you find them upsetting, if not downright terrifying. Arachnophobia is one of the most common types of irrational fears out there. This fear isn’t probably helped by the fact that there are lots of myths involving spiders. There’s the popular “spider eggs contaminated the gum” to the more recent “banana spider myth.”

You or someone you know may have relayed stories about the banana spider, but which ones are true?

What is the Banana Spider Myth?

There are two myths about the banana spider and only one of them has any truth to it.

The first is a variation of the story regarding venomous spiders in bubblegum. The banana spider myth goes that a species of banana spider lays its eggs in the flowers of banana plants. The eggs stay there until the flowers turn into banana fruits, concentrated on the tip. The story goes on to say that who ever eats the tip of such a banana will suffer some unknown disaster. They also say that these eggs are the reason monkeys peel bananas from the stem instead of the tip.

The second myth actually has a grain of truth in it. This myth does not claim that banana spiders live in bananas or lay their eggs in them. Instead, this myth claims that plenty of invasive species of spiders, usually venomous, sneak their way into the country in fruit containers.

Sorting out the truth behind stories about banana spiders can be just as important as dispelling diabetes myths.

The first myth has absolutely no truth in it all. Spider eggs take weeks to develop; certainly not the length of time it would take for a banana flower to turn into fruit. The thick peel of a banana fruit will also prevent spiderlings from escaping, essentially ensuring their death. Even if you were to eat spider eggs, the digestive enzymes in your body will melt them before they can hatch. Finally, there are no species of spider that reproduces the way the myth says.

However, the second story does have some factual evidence.  This actually does happen, especially because most fruit shipped abroad is delivered by tons. Occasionally a spider or two may make it into a shipment container and reach a grocery store.

A study by entomologist Rick Vetter discovered that the odds of fruit shipments containing can be vanishingly small. He discovered that in eight years of fruit importation, only 185 spiders managed to hitchhike among the cargo with only seven of these being venomous spiders.

What is a Banana Spider?

Below are some fast facts about the three major types of banana spiders.

The Cupiennius is a genus of spiders commonly found south of the equator. They mostly reside in countries such as those in northwest South America, a few of the Caribbean Islands and in Mexico. The Cupiennius spider can look particularly intimidating because they can grow to almost 2 inches in length. These spiders almost look like huntsman spiders in coloration and build, covered in light brown fur and has very long legs.

Phoneutria is the genus of spider that is mostly to blame for the bad reputation attached to banana spiders. Unlike other examples on this list, the Phoneutria is the only type to have a potentially fatal bite. These spiders in many countries in South America. They can be found in many areas of the Amazon rainforest and neighboring countries like Ecuador, Paraguay and Colombia. Closer to the equator, Phoneutria spiders thrive in the jungles of Costa Rica and Panama.

These spiders can grow threateningly huge, with legs that stretch to 7 inches in length and a total body length of almost 2 inches. Their most distinguishing characteristic is that their mandibles are covered with red fur. The back of the spider is divided by a long line and two rows of white dots. If you can’t get close enough to a spider to see these tiny details, the Phoneutria’s defensive posture of raising its front four legs is a sure sign that it is this type of banana spider.

The Nephila genus is the most widespread type of banana spider because they don’t need to stowaway on shipping containers. Nephila spiders can travel across seas and even the ocean when their webs are blown away by the wind.

Because of this they can be found throughout the Americas, many parts of Asia, Africa and even as far as Australia. Their webs are actually one of their most unique characteristics. These spiders are also known as golden silk orb-weavers because their webs have a distinctive golden yellow color.

Aside from their unique webs, you can tell that a spider is a golden silk orb-weaver by its large body brightly contrasting colors. The weaver can be mostly colored black or dark brown with plenty of golden dots and white spots.

Now you must be wondering which kind of banana spider is venomous? Of the three kinds, whose bite can be treated with over-the-counter medication and which will require serious medical attention? What are you supposed to do should you get bitten by any one of these arachnids?

The most harmless of the three types of banana spider is the golden orb weaver. Medical experts have found no source that indicates spider bites from the Nephila genus causes any harm to the victim. Golden silk orb-weavers do have very strong pedipalps and chelicerae, which are the biting portions of their mouths. You may suffer some mechanical damage to your skin like small wounds. Wash these wounds with warm water and apply a topical disinfectant.

The Cupiennius genus can be slightly more painful and harmful than the golden silk orb-weaver. Their bites have been known to cause pain and swelling akin to a bee sting. There may be minor puffiness to the area of the bite and some discoloration from the venom. However, you should suffer no other harmful effects. Wash the afflicted area and use some topical ointment to soothe the soreness. If the pain gets more than uncomfortable, you can pop an Advil or two.

If you are bitten by a Phoneutria spider, you will need serious medical intervention. Although only a very small percent of bites from this kind of banana spider required antivenom, its still potent enough that you should go to a hospital immediately.

Phoneutria spiders can inject enough venom in their bites to be fatal in small animals and children. Their bites can cause a laundry list of symptoms, including pain from the bitten area, vomiting, irregular heartbeats and difficulty breathing. It is the last symptom that is most likely to cause death. If you or someone you know is bitten by a Phoneutria spider, wash the area and proceed directly to the nearest hospital or poison control center in your vicinity.

Banana spiders can be dangerous. But the odds of encountering the kind that is venomous is so vanishingly small that you shouldn’t worry whenever you go to the fruit aisle of the grocery store.

Learning more about the different kinds of banana spider can help you determine when you should go to a hospital for a spider bite and when you should just open your medicine cabinet instead.