3 Solutions to the National AED Shortage 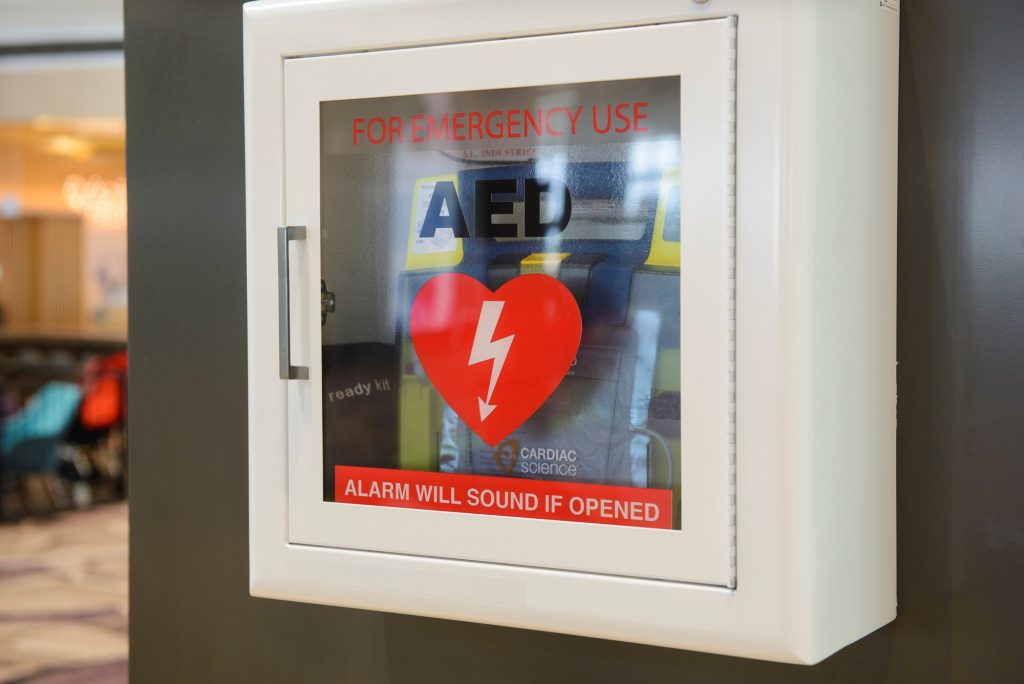 With heart disease being the primary cause of death in the United States, it can be hard to imagine a world in which cardiac arrest kills fewer people – especially since it strikes without warning. However, the presence of automatic external defibrillators, or AEDs, can reduce the commonality of this kind of death.

Without correction, sudden cardiac arrest can lead to irreversible brain damage in four to six minutes. Shortly after that, it is fatal. An AED analyzes the person’s heart rhythm to determine if an electrical shock could correct it. If so, the device instructs the user in how to administer the shock. The result is an almost foolproof way to defibrillate patients much earlier, dramatically increasing their odds of survival.

The training is simple, the devices are inexpensive, and the benefits are undeniable. Unfortunately, AEDs are facing a national shortage, and are not present in all facilities – even though they should be. While there are currently four million AEDs across the United States, there should be more than 30 million.

Ideally, AEDs would inhabit every school campus, workplace, grocery store, and other public venues with the abundance of fire extinguishers. However, this is rarely the case, primarily due to a lack of knowledge and funding.

The upshot of these efforts is that, with more AEDs available, the number of deaths due to cardiac arrests could begin to decline. According to Reuters, the average response time for an ambulance is eight minutes in urban areas and 15 minutes in rural areas, whereas AEDs allow for a way to immediately tend to this sudden event.

The fact of the matter is that most people have no experience with AEDs. They are more familiar with the traditional corded paddles seen on television. They have no idea that such a device could be standing by at their church, shopping mall, or gym, or that the person right next to them could be the one to use it. As a result, they see no reason for their employer, government, or church need to invest money in the devices.

Education surrounding the benefits of these devices must continue until average people understand that AEDs play the same role in cardiac arrest response that fire extinguishers play in fire response. Only then will there be enough support for the next step.

Increasing AED awareness is just beginning. Concerned individuals, along with health care professionals, politicians, and educational organizations, must spearhead an effort to require the presence of AEDs in locations where they are likely to be needed.

This will include more locations than you might think, and the list grows longer every day. Large public areas will top the list. This will include churches, schools, entertainment venues, and shopping malls.

Each of those locations can have hundreds or thousands of people passing through its doors each day, and the presence of those large numbers of people means a greater chance that someone will experience sudden cardiac arrest.

High-risk areas should have AEDs as well. This includes places like exercise centers, where people are pushing themselves physically. Hospitals today are so large that they may need AEDs in areas that are far away from the defibrillation equipment kept in the emergency department or near patient rooms.

Assembling a national standard for which facilities should be included will require a grassroots educational effort among lawmakers.

AEDs become more affordable every year, but there is still a significant cost associated with purchasing them. In addition, they require periodic maintenance, which includes the replacement of batteries and adhesive pads, even if the unit is not used. Users must be trained and periodically retrained to keep their skills sharp.

Whether through public health grants to the recipients or a mandate to private businesses, funding is key. Stakeholders of all kinds need to understand that the only way to get the full value of AEDs is to have enough of them in service to be accessible immediately when they are needed most.

The treatment of sudden cardiac arrest has evolved dramatically over the years, and AEDs are just one more step in that process. Like any type of lifesaving technology, it doesn’t benefit anyone if it’s not available when it’s needed. Citizens, lawmakers, and healthcare professionals need to understand the role of AEDs in saving lives so that they can advocate for the purchase of the equipment and the training of the everyday heroes who will use it.